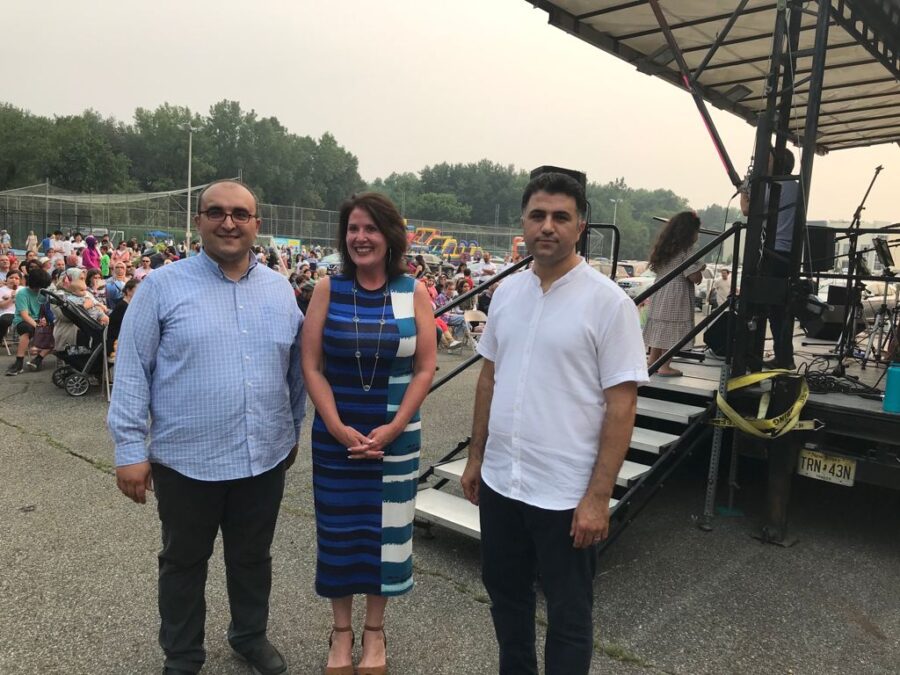 Turkish American Community of New Jersey came together at the Eid-al-Adha Program organized by the Turkish Cultural Center in collaboration with Peace Islands Institute. Participants from diverse ethnic communities also joined us.

The event featured a Live Turkish Music performance of the esteemed Singer Ertugrul Erkisi. The food stands prepared by the volunteers of the Turkish Cultural Center attracted great attention. Families participating in the program expressed their satisfaction with the organizations that bring the joy of Eid to children with activities such as game platforms, jumping house, cotton candy, face painting, especially prepared for children.

Senator Holly Schepisi, who had visited Turkey on the occasion of the Peace Island Institute invitation, expressed her satisfaction with the families who immigrated from Turkey and settled in the United States and expressed that she was ready to support them.

Andre Sayegh, the mayor of Paterson city in New Jersey, attended the festival with his family and expressed his satisfaction with the presence of the Turkish community in Paterson.

On behalf of Congresswoman Mikie Sherril, who could not participate in the program due to the sessions in Washington, Mrs. Kellie Doucette, district director, joined the program.

Executive Director of the Turkish Cultural Center Erkan Ertosun welcomed the guests and talked about the meaning of the Eid al-Adha.